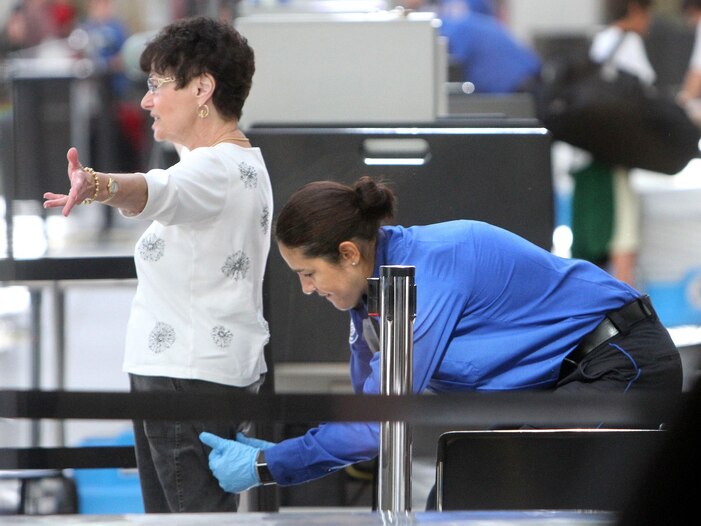 The airline industry is expecting the Thanksgiving travel season to be the busiest since the COVID-19 pandemic.

TSA expects to screen 20 million passengers during the Thanksgiving holiday, more than double last year. Airlines have increased staff and made website changes to prepare for the crowds. Flight attendants and the FAA are encouraging passengers to behave to avoid unruly passenger violence.

The airline industry is gearing up for a busy — and possibly tumultuous — holiday travel season.

United Airlines told Insider it expects the Sunday after Thanksgiving to be the busiest travel day since before the pandemic with 450,000 customers in the air.

The Transportation Security Administration expects to screen 20 million passengers during the Thanksgiving holiday period between November 19 and November 28, more than double the amount of passengers screened in the same period last year.

Though TSA said it does not expect this year's travel to reach pre-pandemic levels, Americans had begun buying Thanksgiving and Christmas flights in early 2021 due to the discounted rates airlines had offered to get people back in the sky.

Southwest told Insider it reduced flight schedules in November and December to prepare for the holiday travel season, and expects to hire about 5,000 new employees in the fall and winter to help with capacity.

Airlines for America, a trade organization representing major airlines like Delta, American, and JetBlue, said carriers have been hiring employees and recalling employees who took voluntary leave to prepare for increased demand during the holidays.

Airlines have also rushed to improve app and website functionality to make checking-in and boarding less tedious. Delta, for instance, told Insider it now validates a passenger's proof of vaccination and negative COVID-19 tests online instead of at the gate. Delta also launched a "Today" mode on its app to provide live updates on boarding and baggage information.

The influx of holiday travelers may also exacerbate the ongoing unruly passenger crisis impacting flight attendants and other crew members.

The Federal Aviation Administration, which has received a record number of complaints regarding passengers acting violently towards flight attendants, just released a holiday travel PSA highlighting frontline workers and encouraging travelers "to be thankful and on their best behavior," a spokesperson told Insider.

Sara Nelson, the president of the Association of Flight Attendants union, said she expects many passengers this holiday season to be "first time pandemic flyers."

The union recommends travelers rethink drinking alcoholic beverages prior to the flight, as anyone who appears intoxicated will be denied boarding. Flight attendants told Insider alcohol has worsened passenger violence this year.

"Flying has changed since the start of the pandemic," Nelson said in a statement. "Be prepared and remember that weather is always a factor in potential disruptions to aviation."

Delta, United, and Southwest did not respond to an inquiry on whether it expects passenger aggression to be a problem during the holiday season.