Lukas Vanagaitis was earning $31,000 a year before quitting his job to flip homes. Today, he rakes in $600,000 a year flipping homes and owning property. He explains how he got started and the... 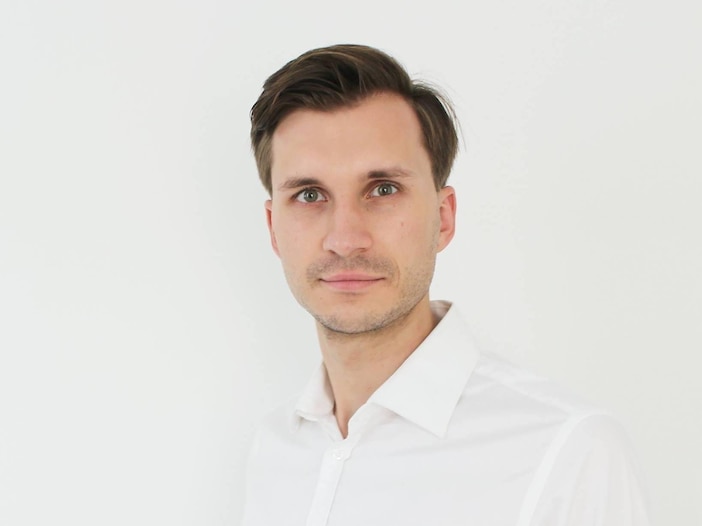 Lukas Vanagaitis wanted to flip homes but didn't have the funds to do it.  He began by wholesaling property and then began to buy and flip homes.  But it wasn't until he began to invest in St. Petersburg, Florida that he became profitable.

Lukas Vanagaitis immigrated to the US from Lithuania in 2015 after winning the green card lottery.

"I had $3,000 in my pocket and didn't speak any English. I landed in LA with a one-way ticket and a bunch of job interviews," Vanagaitis said.

He had a degree in architecture that landed him his first job in Las Vegas. He was earning $31,200 a year, according to an offer letter viewed by Insider. But while working there over two years, he realized it was an amount that wouldn't go very far.  A limited income in an expensive city meant he was spending more than he was making and racking up credit card debt.

"I was barely making ends meet. I was living in the apartment with literally no furniture," Vanagaitis said. "The first place that I stayed in had bullet holes. So my start in America was really hard."

He told Insider that while he worked his desk job, he'd pop on his headphones and listen to endless hours of podcast material about real-estate investing. Vanagaitis enjoyed the idea of buying and flipping homes. When he was only 15 years old, he inherited a piece of property from his grandparents that he spent years fixing up with his allowance. And he wanted to make a career out of it.

"Every single day I was educating myself," Vanagaitis said. "At the same time, I didn't have any money. I was trying to come up with a strategy [to start] because I was as broke as you can get."

He heard about wholesaling, a process that didn't need any capital to start. It just required securing a contract with the property owner to resell their home for a small percentage of the sale price in return. This is a popular and potentially tedious way to get into real estate without taking on too much risk.

The main obstacle would be finding a property owner who'd be willing to participate.

Vanagaitis said he decided to find absentee owners who did not reside at their addresses in the Las Vegas area. It was an idea and resource he took from the "Bigger Pockets" podcast.

The downside of this process was first, the list cost $400, and second, he had to reach out to thousands of owners before he found one that agreed to sell.

"It's very important for somebody who's just getting started to not give up because it took me nine months. Every day I would come back from work and pretty much from six to midnight, for six hours, I was writing handwritten letters and I was mailing them to these absentee owners," Vanagaitis said.

"There are companies who will mail them automatically for you. I was handwriting them because I didn't have the money to pay for that service," Vanagaitis said.

He finally found an owner who had a distressed property they wanted to get off their hands. Vanagaitis met with the owner and viewed the property. They then negotiated for a couple of weeks until signing a purchasing agreement.

Vanagaitis said he then used online sources such as Craigslist and Facebook Marketplace to find potential buyers. And within three weeks, he found a buyer. His very first transaction netted him $5,000, a check which he framed. A few months later, he quit his job.

But the decision to leave didn't come from a confident place. In fact, Vanagaitis hadn't been able to follow through with a second successful deal before he decided to forfeit his paycheck.

"I couldn't relate to Vegas. I hated my job, I was having panic attacks and I didn't have any money to move," Vanagaitis said. "It was extremely hard on me to make that decision because I felt trapped in Vegas. And I think the motivation to leave was way more important than the amount of funds that I had at the time."

He also decided to sell the house he inherited in Lithuania. This banked him about $100,000, which gave him a sense of financial comfort, he said. He then moved to Houston, Texas.

"And then after two years, so we are talking about late 2018, I was broke again. I was back to square one," Vanagaitis said.

He had partnered up with three other people and they began flipping property that had been damaged by Hurricane Harvey. They used hard money loans to fund the process. But these homes had severe damages and required a lot of work.

A second major oversight was that many other real estate investors were doing the same, flipping damaged houses. So by the time they completed about six houses, there were many other properties for sale.

The amount of supply that suddenly became available meant that buyers had options and could underbid the asking.

"We didn't have experience. We overspent for renovations because they were flooded homes. We had to hire professional companies to remediate these houses. We had to put new drywall, and do all of these extra things that we didn't budget for," Vanagaitis said.

He continued, "And then we sold them for definitely less money than we originally thought. Plus our renovations took way longer than expected. So our interest accumulated on this property. And we were spending our personal savings to pay for our own living expenses."

"I didn't like Houston, just as much as I didn't like Vegas. It was also a cultural difference. I didn't vibe with the city. And I started having panic attacks again," Vanagaitis said.

Finally, Vanagaitis decided to move to Florida where he had family. He eventually zeroed in on St. Petersburg, a city that's surrounded by water. This means there's limited supply. He took all the lessons he had learned along the way and began to flip homes there. This time, he used a different approach.

Since he no longer had cash on hand, interested investors would purchase the property and fund the rehab, while Vanagaitis would put in only sweat equity during the rehab process. Once the house was ready, the investor would be guaranteed 10% earnings, and anything above that would go to him and his business partners. This meant he didn't need capital or a loan to continue doing what he loves.

In 2020, one of the LLCs Vanagaitis co-owns with a business partner, which holds six properties and flips a few homes a year, earned $600,000 in sales, according to a copy of its tax return viewed by Insider.